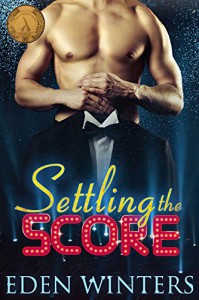 Joey, a small-town mechanic, is counting down the days until he can follow his almost-famous actor boyfriend to Hollywood. He's got his plane ticket booked and can't wait to get out of his hometown, where nobody knows he's gay.

Except, the boyfriend not only dumps him, but also outs him during an interview on national TV, a program watched by nearly everyone in the town. Including Joey's family. While he's with them. Luckily, they are supportive and kind, and sort of build a wall around him to protect him from the town's nosiness and backlash. Small town homophobia is alive and well in their neighbors, but Joey's family is steadfast, and not afraid to stand up for him.

Immediately, reporters flock to the small town, wanting to get a scoop, and basically ambush the poor young man, who's heartbroken over this betrayal.

And only realizes that the now ex-boyfriend has also cleaned out his bank accounts, when the town's sheriff pays him a visit.

Somewhere on the South Carolina coast, Troy Steele, aka Oren Keller, knows only too well what Joey is going through. He had his own heartbreak years ago. He's also an author, and just happens to be writing a story that seems to imitate Joey's life, to some extent.

Together with his PA Erica , Troy hatches a plan to offer Joey a way out of the scrutiny - become Troy's personal real-life research project for the book he's writing.

At this point, I was reminded a bit of My Fair Lady, with Joey getting a makeover, being forced to join a gym and work out, and wearing fancier clothes than he's used to. And being offered a chance at pay-back.

However, what may have started out as a revenge plot, for both Troy and Joey, slowly turns into a romance, as the men spend time together, with Joey answering questions about his feelings, and Troy using the answers to work on his book.

The author gave them lots of time to fall in love, and this is a rather slow burn story. There are very few steamy scenes, which worked really well here. Joey isn't someone who'd fall in bed with another man immediately, and Troy is still, after many years, wary of letting anyone into his heart.

I loved Erica. She pressures Troy into joining Joey at the gym, something that wasn't in their original agreement, and is overall a really great character. She doesn't take crap from Troy either, and was basically a force to be reckoned with. So fun!

Eden Winters always delivers. Her characters are complex and fully fleshed out. Her books have to be read slowly, because there are so many subtle undertones that are easily missed.

There are humorous elements too, one scene specifically late in the book where Big Joe plies Troy/Oren with his special brand of moonshine, that had me howling with laughter, though I giggled quite a bit throughout the book.

I loved Joey and Troy/Oren both. Joey is kind, trusting, and just so sweet - I wanted to wrap him in a hug most of the time. Troy/Oren is a bit prickly early on, primarily because he's been hurt so bad, and betrayed by his former lover, and doesn't trust easily anymore, but he softens over the course of the book, and comes to find that revenge is no longer all that he's after.

Troy's plan offers Joey a chance to get even with the ex, something that Joey is partially looking forward to, and partially questioning. There's anger simmering underneath the nice demeanor, and he eventually gets to say what's he's been wanting to say.

And even Troy gets his revenge, too.

A truly delightful story, and one that I enjoyed quite a bit. Eden Winters has a very distinct writing style, one well suited to this kind of story. The plot flows nicely, without any lulls or big time jumps, and there was something interesting happening on each page, whether it was a humorous moment, such as Troy in the gym, complaining, or a more somber moment, such as Joey dealing with the fallout from his ex's betrayal, and his worry how being outed was impacting his family.


** I received a free copy of this book as part of a blogtour from Indigo Marketing and Design. A review was not promised in return. **